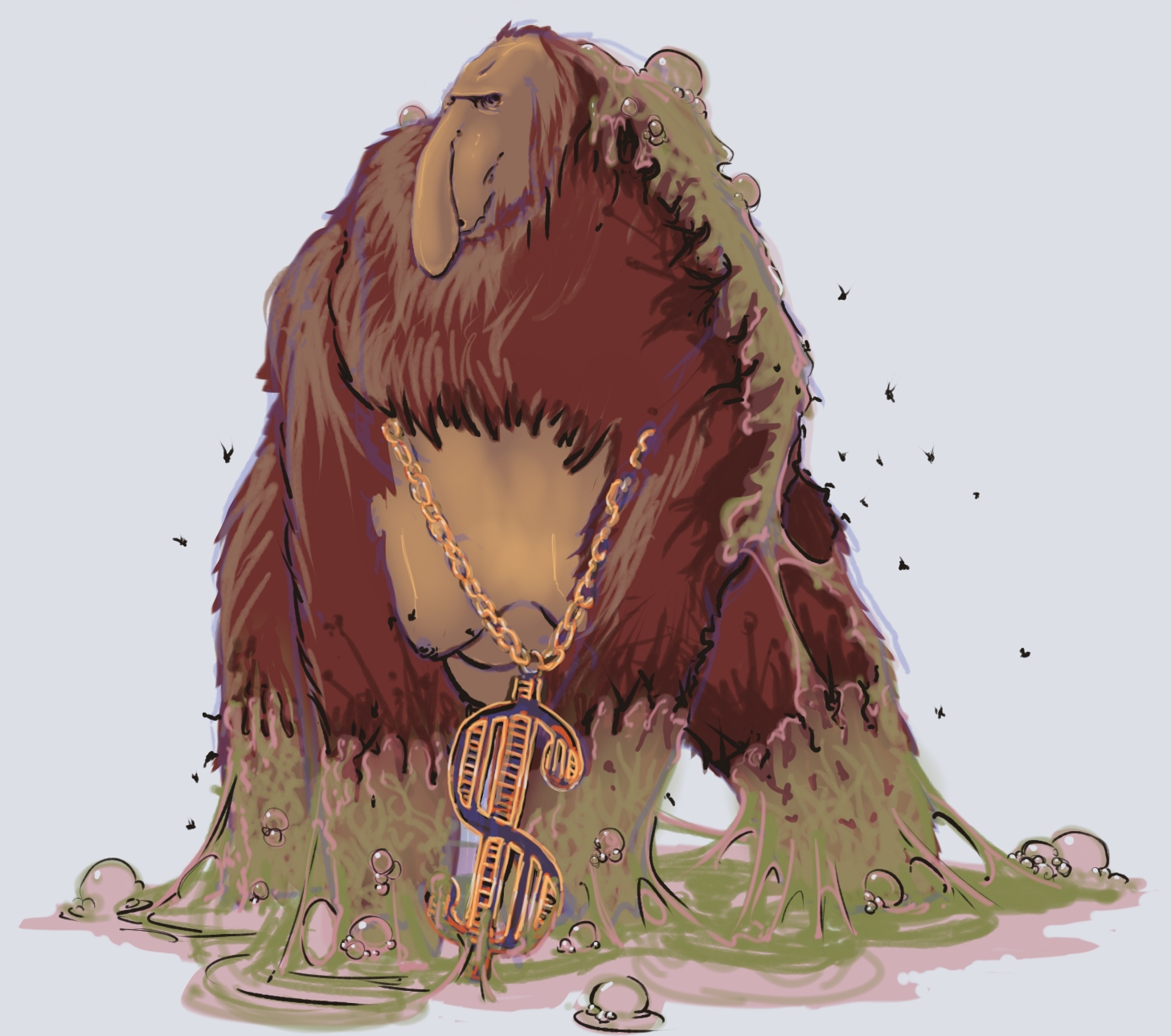 Gosh, wouldn’t it be swell if all the monkeys tried just as hard as they could to not be utter refuse? That would. That would be really very nice. But instead, some monkeys have no interest in contributing, unless it’s to the trash heap.

Some nasty apes give themselves over to greed as early as possible and are raised to be covetous. Possibly damaged from birth, these miserable creatures always have totem objects. Sometimes they have more than one. Money sign necklaces, fancy belts or hats, expensive sunglasses. They are always smeared all over with their slimy ways. They are usually vapid, absolutely gaseous in matters requiring thought. They spread their garbage everywhere they go, oblivious to all around them until it’s time to brag about awful, un-impressive purchases and schemes.

If your enterprise has been infested by one or more of these ogres, your days of productivity are surely numbered. One way or another, they’ve found a safe hole within your establishment and are now extremely difficult to repel, damage, or smote.